The Guardian reports this is the time of year when the Duke of Burgundy, a small jewel of a butterfly named after an unknown aristocrat, takes to the wing.

Ten years ago, it was Britain’s rarest butterfly, living in tiny colonies on scrubby chalk or limestone grassland. Now it has bounced back, its population surging by 25% over the decade.

Last spring, one of the biggest colony of Dukes in the country was discovered by Martin Warren, the author of Butterflies: A Natural History. This was a chance find but the thriving population on chalk downland in Dorset is no accident.

The Guardian, and Daily Mail report last year was the third good summer in a row for butterflies and the 10th best since records began, but one-third of Britain’s species are still in long-term decline.

Conservation scientists warned against overstating the butterfly boom, saying perceptions of a “good” year have lowered in the light of plummeting insect numbers. “Perhaps because of the sunny spring weather last year and the fact that more people were enjoying nature as part of their day-to-day activities, butterflies seemed more numerous,” said Richard Fox, of Butterfly Conservation.

The Daily Mail reports butterflies flex their wings when they beat together to trap more air.Mechanical wings that flexed had more force and were more efficient than rigid ones.Researchers say the added thrust at takeoff helps the insects escape predators.Their findings may be helpful in improving the design of ‘flapping’ drones. The Guardian reports painstaking conservation effort to accommodate insect’s complex lifecycle pays off. The biggest reintroduction to date of the large blue has led to the rare butterfly flying on a Cotswold hillside where it has not been seen for 150 years.

About 750 butterflies emerged on to Rodborough Common in Gloucestershire this summer after 1,100 larvae were released last autumn following five years of innovative grassland management to create optimum habitat.

BBC News reports the release of a last batch of a rare butterfly that was reintroduced to England after more than 40 years was prevented by lockdown. The chequered skipper was always scarce but died out in 1976 due to changes to woodland management.

The Telegraph reports thistles, dock plants and ragwort should be given protected status to save Britain’s rare butterflies, a conservation charity has said. Butterfly Conservation has joined the campaign to repeal the 1959 Weeds Act, which identifies some plants which are useful to pollinators as “weeds” and allows for their large-scale destruction and prevention of their growth.

Painted Lady butterflies, for example, are reliant on thistles, and the very rare Fiery Clearwing moth lives in the roots of Curled Dock. Campaigners have said the legislation is “outdated” and that it drives the destruction of wildflowers which would otherwise have greater protection. 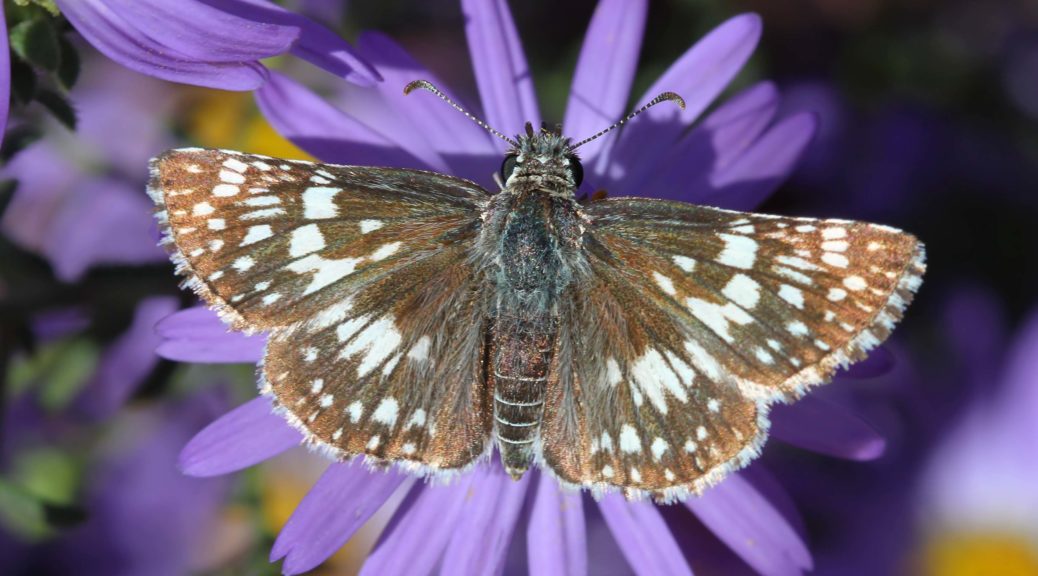 The BBC report a butterfly that became extinct in England more than 40 years ago has been bred for the first time in a secret forest location.

The chequered skipper was always scarce but died out in 1976 due to changes to woodland management. The new offspring are from Belgian adults released in Rockingham Forest, Northamptonshire last year. 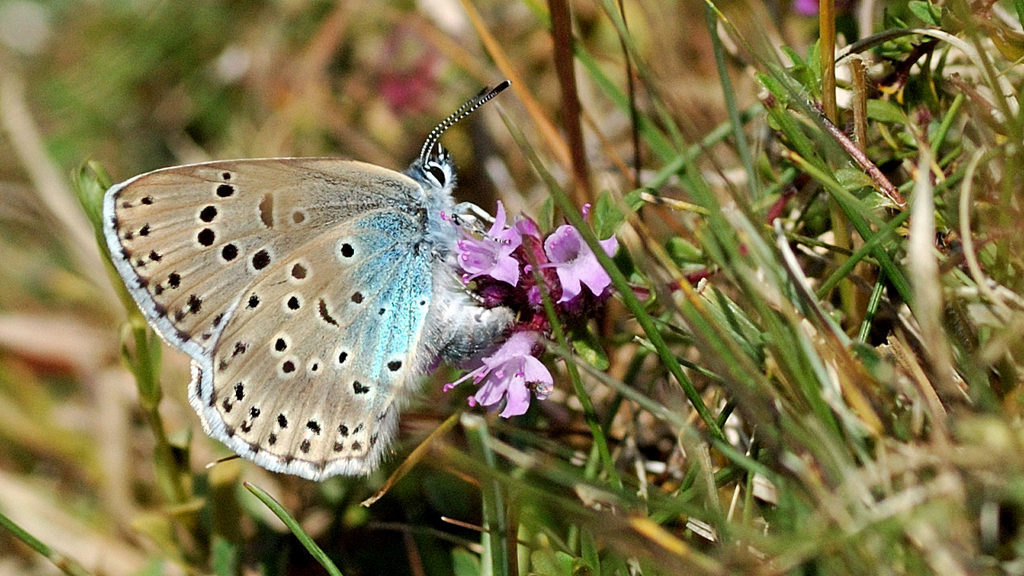 More than two-thirds of British butterfly species were seen in higher numbers last year than in 2017, but despite the ideal butterfly weather, it was still only an average season – the 18th best in 43 years of recording. 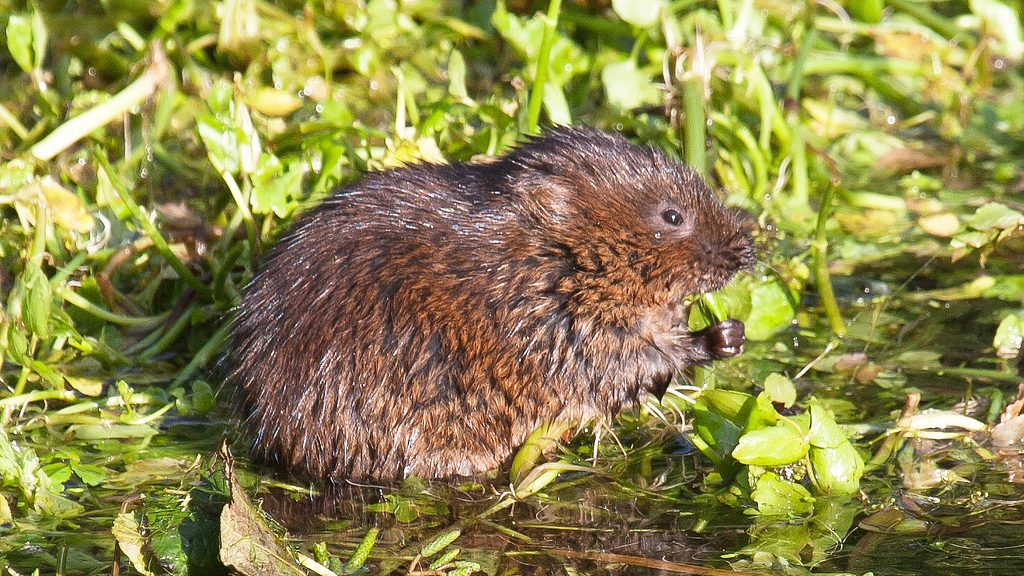 Sadly, recent reports show that British mammals and butterflies are under decline.

The Mammal Society and Natural England reported that almost one in five of British mammal species face a high risk of extinction. This was the first comprehensive review of their populations for more than 20 years.  The reasons for decline include climate change, loss of habitat, use of pesticides and road deaths.

The red squirrel, wildcat and the grey long-eared bat are all listed as facing severe threats to their survival. The review also found other mammals such as the hedgehog and water vole [Photo above by Nick Ford under creative commons
https://creativecommons.org/licenses/by-nc-nd/2.0/legalcode] have seen their populations decline by up to 66% over the past 20 years.

Meanwhile, a story in The Times tells how Defra (Department for the Environment, Food and Rural Affairs) believes a lack of management has caused butterflies to decline. Since 1990 butterfly numbers have fallen by 27 per cent on farmland and by 58 per cent in woods.

Farmland species in long-term decline include the gatekeeper, large skipper and small tortoiseshell. While the brown argus, common blue, peacock and purple hairstreak in woodlands have also declined. 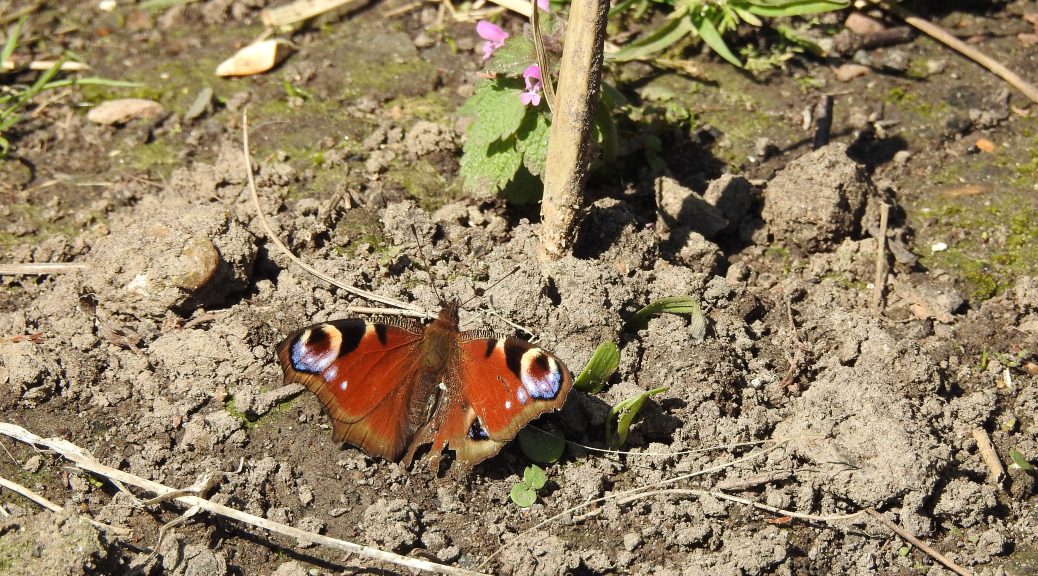 2017 was the seventh worst year for butterflies in Britain since records began more than 40 years ago.  Grayling and grizzled skippers had their worst year on record.

Habitat loss has caused the long-term falls in butterfly populations. However, scientists say the recent dramatic declines are due to climate change, pesticides such as neonicotinoids and nitrogen pollution.

Grizzled skipper numbers have more than halved since the 1970s while the grayling’s population has shrunk by 63% in the last decade. The large white – once so common it was a pest – fell by 19% in 2017.