The Independent reports a  striking film “trailer” for The Wind In The Willows calling for action to help nature has been unveiled by environmental campaigners.
Sir David Attenborough and Stephen Fry are among the talents featured in the film, which shows the animal characters facing 21st century threats such as road building and plastic pollution.
‘This country of nature lovers needs to give its wildlife every chance to survive, thrive and expand its range,’ says Sir David Attenborough, who appears in new trailer.

The Guardian reports the RSPB is urging the public to sign a petition to help change the law on the practice of bird netting in the UK.

We would like your help exploring the practice of netting trees so they can be removed for construction.

Across the UK there are reports of builders and developers using nets on trees to stop birds nesting so that they can be removed in order for building work to take place.

The Guardian reports widespread loss of pollinating insects in recent decades has been revealed by the first national survey in Britain, which scientists say “highlights a fundamental deterioration” in nature.

Wild bees and hoverflies lost from a quarter of the places they were found in 1980, study shows. 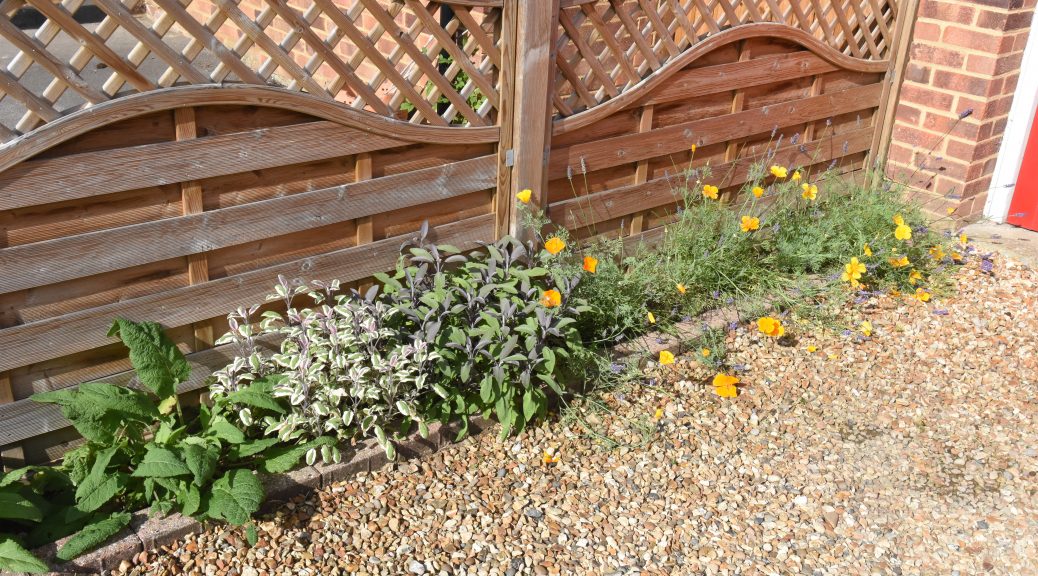 The OBSERVER reports that the seasons seem topsy-turvy, but this is still a time of new beginnings. Here’s how to help your flowerbeds and veg plots thrive. Flower power – as soil warms, it’s time to plant perennials, but don’t just impulse-buy the first thing you see that promises pretty flowers on the label. If your garden got frazzled by the weather last summer, put drought-resistant plants that double as pollinator magnets to the top of your list.

Hungry hedgehogs breaking their winter hibernation can roam up to 2km in a night in search of food, but only if their path isn’t blocked by fences and walls. Consider cutting a hedgehog hole into existing fences or, if winter storms mean you need to replace panels, fit hog-friendly gravel boards at the base.

Once hedgehogs are in your garden, make them welcome by setting up a feeding and watering station in a sheltered spot: a dish of cat biscuits or specialist hog food are ideal. Dishes of fresh water will help hogs and other wildlife: an old dustbin lid set into the ground will make for easy access; add a pile of stones on one side so bees can come for a drink, too.

The Independent reports the head of the RSPB, Kevin Cox, has warned Britain’s National Parks are at risk of losing their protected status because human activity is wiping out so many species and areas outside the parks are often in better condition. 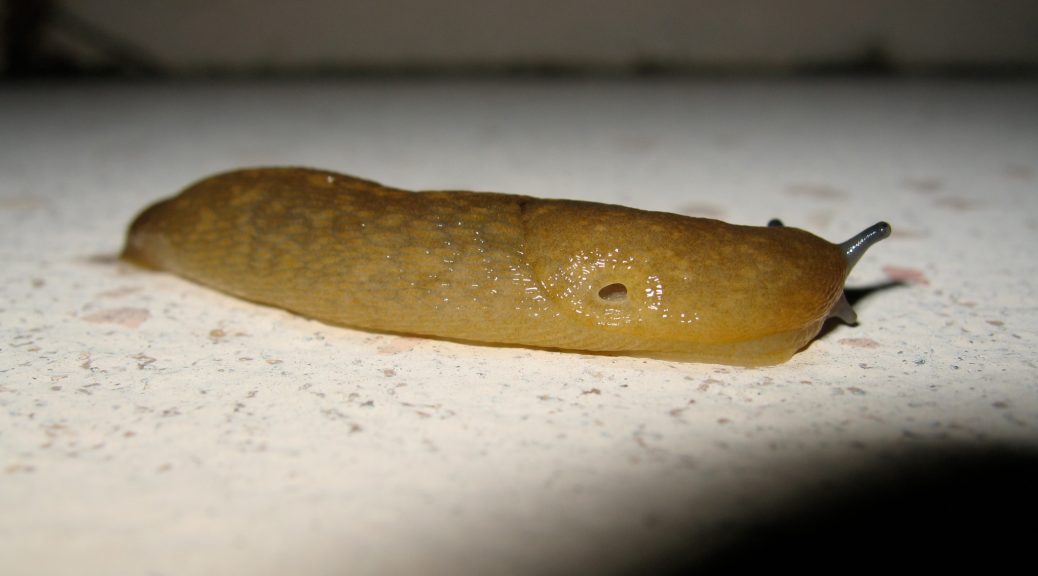 The Telegraph reports that gardeners have been urged to pick up their torches and hunt in their gardens for slugs as the Royal Horticultural Society issues a plea for data on the disappearing British bug. [See the full article for details of how to hunt and how to report what you find]

While both slugs have large, green-yellow, patterned bodies, the Yellow Cellar Slug has a long yellow stripe running along the centre of its tail.

You can also learn more about these slugs from this Slugwatch guide to the Yellow Cellar Slug and Green Cellar Slug.

Photo above by Jon Sullivan under creative commons.

The Guardian reports that the deer population in the UK is at the highest it has been for at least 1,000 years, at around two million. Over the past few decades, does and stags have been spotted in urban areas and villages around the UK, from Glasgow, to Sheffield and London.

This week, the Royal Horticultural Society released guidance on how gardeners can deer-proof their outdoor spaces. Replace tulips with daffodils and red hot pokers, it suggests, because deer don’t like the taste and it will stop them rummaging through your flowerbeds.

So how did deer come to wander into our back gardens? For a start, population growth. Accurate data on exact deer numbers is scarce because the animals are secretive with a significant range. However, there is evidence that numbers of red, roe and muntjac deer are increasing. 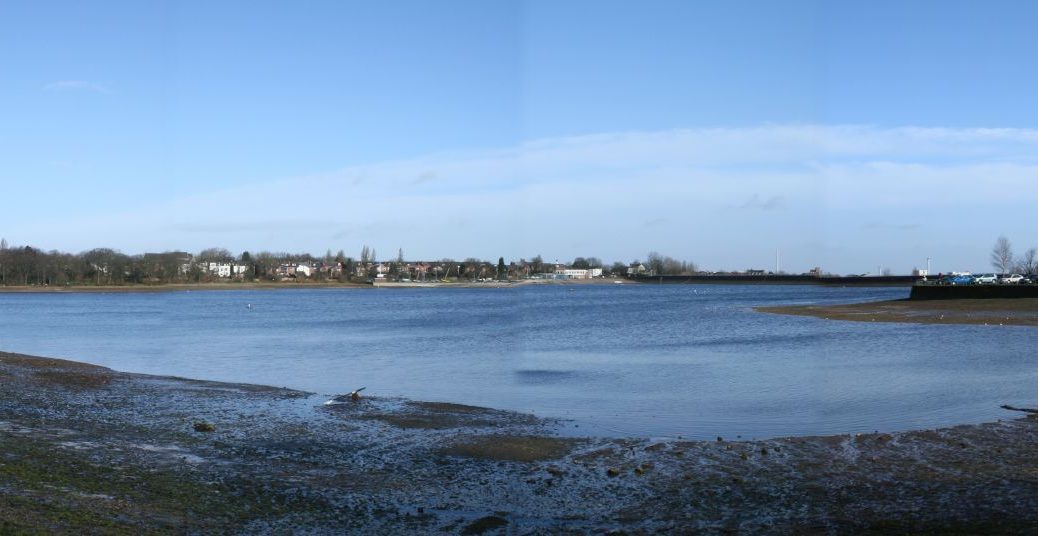 The Times reports that washing machines, dishwashers and lavatories could carry labels showing how many litres of water they consume under government plans to prevent shortages.

Sir James Bevan, chief executive of the Environment Agency, said yesterday that within 25 years England could face a “jaws of death” situation in which there would not be enough clean water unless urgent action was taken to cut usage and reduce leaks. He told the annual conference of Waterwise, a not-for-profit body, that requiring products to carry a water efficiency label would be an effective way of protecting supplies.

Photo of Edgbaston reservoir by bongo vongo under creative commons

iNews reports that a former special forces soldier dubbed the ‘Pablo Escobar of egg theft’ hit the headlines recently after being sentenced to three years in jail for stealing £100,000 of rare bird of prey eggs.

Jeffrey Lendrum was convicted for the third time in a long and global career of egg smuggling after being stopped on his way into Heathrow from South Africa with 17 hawk, eagle and vulture eggs strapped to his chest – as well as two newly-hatched chicks.

The Times reports that a developer has been forced to remove netting placed around trees to prevent birds from nesting after coming under attack from neighbours and the writer Sir Philip Pullman.

Sladen Estates covered 11 trees with netting on a site near the River Wey in Guildford where it plans to build 361 student bedrooms, even though work has not yet started. Developers are banned from damaging bird nests so sometimes net trees off during the nesting season. However, Sladen admitted that it had no plans to start working on the site until the end of the year, long after the nesting season is over.